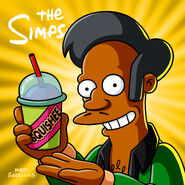 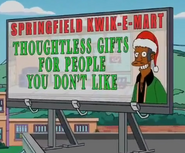 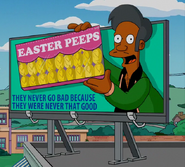 Apu in the presence of static electricity

Apu with Homer at the shop

Apu in a fireman's suit

Apu at the Simpsons' window

Apu with his family

Apu with a United States flag

Apu struggling to take care of his octuplets

Apu with his octuplets

Apu with a towel

Apu at the hospital

Apu after the death of Maude Flanders

Apu at the Simpsons' table

Apu with the Squishee lady

Apu helping Marge at the Kwik-E-Mart

Apu about to go to a party

Apu arrives at the Simpsons' house

Apu in the ice cream cooler

Apu meets the Griffins in The Simpsons Guy

Apu crossing his arms in anger after all the jars of acid were destroyed by Luke Perry.

Apu, Manjula and their octuplets.

Apu at the Kwik-E-Mart

Apu getting robbed by Sideshow Bob (disguised as Krusty)

Apu with his wife

Apu getting robbed by Snake

Apu and Anoop vs. Moe and Maggie

Apu as a fireman

Apu and Manjula in formal clothing 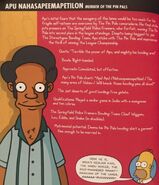 Add a photo to this gallery
Retrieved from "https://simpsons.fandom.com/wiki/Apu_Nahasapeemapetilon/Gallery?oldid=791145"
Community content is available under CC-BY-SA unless otherwise noted.