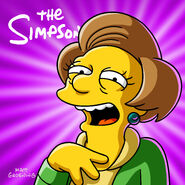 Edna as a superhero on a comic book cover 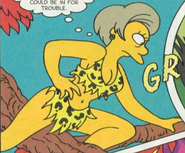 Edna, Queen of the Congo

Edna 'Krabappoly' shown as a parody of board game Monopoly

Attempting to seduce a band member of Aerosmith 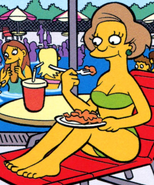 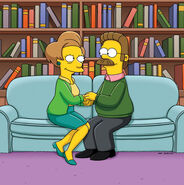 Seymour and Edna are having an argument. 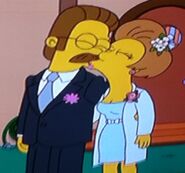 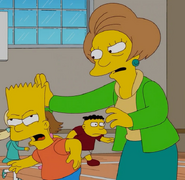 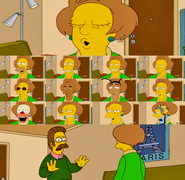 The various Simpsons male characters as Edna, as feared by Ned Flanders

Edna and Skinner in Martin's playhouse

Edna getting beaten up by Mike

Edna being saved by Ned Flanders

Sure do miss that laugh. Ha ha! I miss her too.

Edna been scolded by Principal Skinner for spanking Bart.

Edna as seen in Homer's hallucination in the episode, "El Viaje Misterioso de Nuestro Jomer (The Mysterious Voyage of Homer)"

Edna as an angel 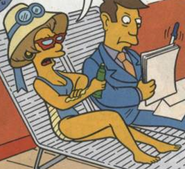 Add a photo to this gallery
Retrieved from "https://simpsons.fandom.com/wiki/Edna_Krabappel/Gallery?oldid=942255"
Community content is available under CC-BY-SA unless otherwise noted.