Good Night is the first Simpsons short and the first televised appearance of the Simpson family. It originally aired on The Tracey Ullman Show on April 19, 1987. This short was also used before the couch gag in the episode "Looking for Mr. Goodbart" to celebrate 3 decades of the Simpsons' televised debut, but only showed the scene with Marge singing "Rock-a-bye baby" to Maggie.

The phenomenon starts with a man named Homer Simpson, who says good night to Bart Simpson, his son, who is frightened about the human mind when Homer leaves. Then, a woman named Marge Simpson, Homer's wife, says good night to Lisa Simpson, their firstborn daughter and middle child, who's afraid that bedbugs will get her once Marge leaves. After that, Marge says good night to Maggie Simpson, their newborn, and second-born daughter who is scared of the lyrics to "Rock-a-bye baby". Once Marge leaves to go to bed, she and Homer start to go to sleep themselves. Just as they begin to doze off, the kids all come running to their parents' bed after being scared from what they were told. Marge is reluctant to let their three children sleep in their bedroom for tonight, once settled in Homer tells the kids to go to sleep and then says "Goodnight" once the lights are turned off, everyone falls asleep quickly before Maggie quietly says "Goodnight" before closing her eyes to go to sleep. Other than this being the first episode, this is the first time in the series that Maggie Simpson speaks. 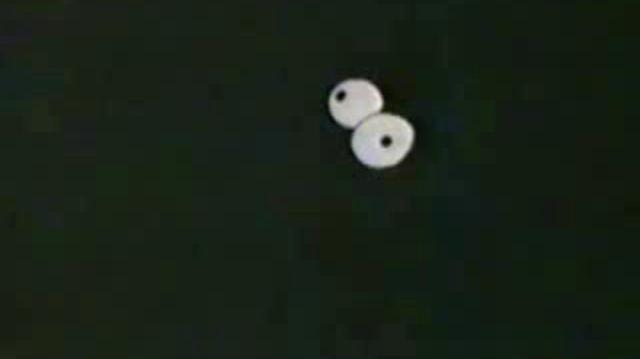