How I Spent My Strummer Vacation

How I Spent My Strummer Vacation

“My dream has been shattered into shards of a broken dream!”
―Homer Simpson

"How I Spent My Strummer Vacation" is the second episode of Season 14 (originally going to be the season finale episode for Season 13).

When Homer is secretly videotaped complaining about his family during an episode of Taxicab Conversations, they send him off to a rock and roll fantasy camp so he can regroup and try to live his dream.

The family gets offended at Homer after he rants about how annoying his family can be on public television and as the tension builds up, they realize that he is stressed out and sad that he could never realize his childhood dream of becoming a rockstar, so they send him to The Rolling Stones Rock N' Roll Fantasy Camp, where Homer, Otto, Lenny, Carl and other Springfielders learn to play guitar, dress, sing, evade groupies and show off like rock stars.

Homer is disappointed when camp is over, so The Rolling Stones offer him to help them with their concert. Homer even receives an "All Access" pass, and feels like he has all access, and helps himself at the Squeaky-Voiced Teen's refreshment counter and the ladies' room.

However, Homer believes that he will be performing with them and is disappointed when he discovers he was just there to test the microphone. Homer then breaks free from his testing duties, noticing how the crowd (especially his friends) were eager for him to perform, and starts playing guitar and singing. The Rolling Stones (plus the other Rock'n Roll Camp musicians, who were to guest in the show) quickly get frustrated that Homer is stealing their show so they try to stop him by chasing him on-stage in a car shaped like a devil's head that spews fire. It ends terribly when their car flips over into the audience and catches on fire.

To apologize, they invite him to play with them on their next gig but Homer kindly declines the offer, as he already has a band of his own: his family. They give him a "Guitar Hero" jacket and the devil's head as something to remember them by, and Homer uses it to drop Bart off at school in the bus zone and burn the suit off Principal Skinner.

The episode received an 8.0/10 rating from TV.com user voters. The user score average for season 14 is about 7.9, so this episode was slightly above-average. 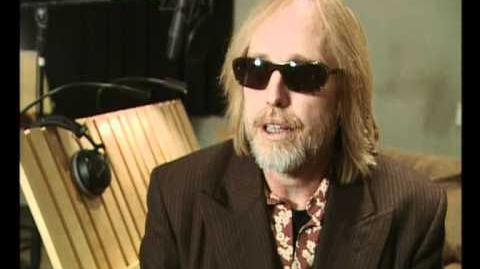 The Simpsons Season 14 'It's Only Rock 'N' Roll' Featurette 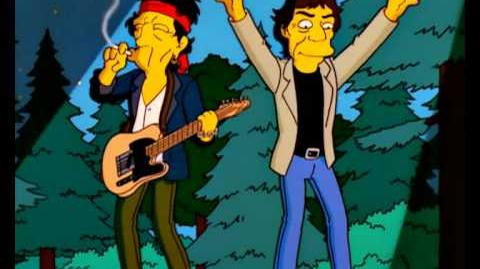