Nedna, known to Fox as the 2011 Fox The Simpsons fan initiative, is the portmanteau of Ned Flanders and Edna Krabappel, which was also a voting event that occurred after the episode "The Ned-liest Catch". The result was "Pro Nedna".

After said episode originally aired, between that episode and "The Falcon and the D'ohman", viewers could decide the future relationship of Ned Flanders and Edna Krabappel on the Simpsons website, by voting either "Pro Nedna" or "No Nedna". Also, wallpapers, videos, Twitter badges, and Facebook profile pictures of each vote were available for download and use.

The result of Nedna was revealed in the Season 23 premiere, "The Falcon and the D'ohman", on September 25, 2011. The result of the Nedna poll turned out to be "Pro Nedna". Before the result's reveal, in a cold-open clip, Comic Book Guy mentions that the result of Nedna would be revealed during the episode. Later, near the beginning of the third act, Wayne Slater was having a nightmare, and this disturbed a few couples around Springfield at night, including Ned and Edna. Breaking the fourth wall, Edna winks at the camera. 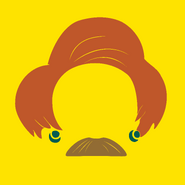 The reveal of Nedna, which was "Pro Nedna".
Community content is available under CC-BY-SA unless otherwise noted.
Advertisement