Simpsons Wiki
Register
Don't have an account?
Sign In
Advertisement
in: Products, Brands parodies, Websites in The Simpsons,
and 3 more
English

SpringFace (stylized as "springface") was the social network of Springfield, created by Lisa. It was used by at least 998 Springfieldians, and possibly by nearly all the citizens of Springfield.

Most users accessed it with their mobile devices (MyPhones and Mapple Voids). Everyone's profile had a "Floor" where people could write and update their status. There were also Info and Photos panels. In the end, Lisa shut the site down. 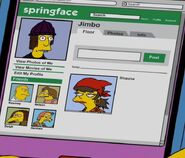 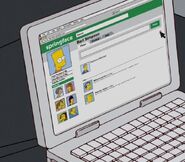