Though in "Changing of the Guardian", Brandine says that they have 70 children.

It's possible that their large amount is probably due to adoption, boost, abducting or illusion either from the couples' or their neighbors' mental status, for their so-called biological mother Brandine is of young age, and women, in reality, have a limit of birth.

Also, their nature of being the product of incest is probably a joke or a result of misunderstanding of their parents' sexual roleplay.

However, at least some children who have several plots, normal names and appear in front of many Springfield residents really exist, such like Whitney Spuckler. Tiffany Spuckler/Gallery

The Twisted World of Marge Simpson (27) 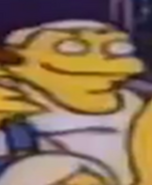 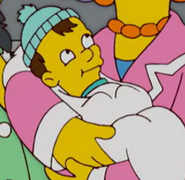 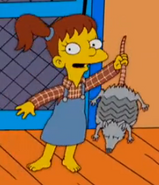 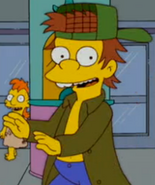 The Real Housewives of Fat Tony (1)

Love is a Many Splintered Thing (1) 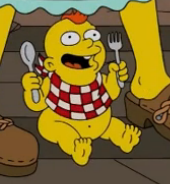 The Yellow Badge of Cowardge (3) 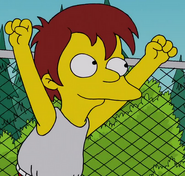 The Wreck of Relationship (1)

Whitney, Birthday and Dubya are playable characters. Also one of the tasks/quests is for Cletus to help Brandine give birth to another child. Normal Head Joe in one of Cletus' tasks. Mary was added to the game as a playable character in 2017.