The school is not falling apart (the blackboard crumbles)

"The Fabulous Faker Boy" is the twentieth episode of Season 24.

Marge encourages Bart to explore his creative side and take music lessons and Bart develops a crush on his beautiful piano teacher, Zhenya. To pay for Bart's music lessons, Marge agrees to help Zhenya's father Slava to drive so he can get his own driver's license. Meanwhile, Homer is shocked over that he lost the last two remaining hairs on his head and a co-worker portrayed by Patrick Stewart teaches Homer how to live with his newfound baldness. Justin Bieber tries to get into a talent show where Bart is playing the piano and they won't admit him.

Marge is at Bart's school and in a conference with Principal Skinner. They discuss Bart's future. Skinner suggests that Bart should take music lessons.

While Homer is shaving his mustache, he finds what he believes to be a cork that is blocking the pipe, causing a lot of water to overflow in the sink. He realizes that, instead of a cork, his hair was blocking the pipe and frantically tries to put it back on his head. It fails and the hair goes back into the basin. He tries to stick them back on, without success. He resorts to wearing various hats and wigs to cover up his now-bald head.

Marge suggests that Bart takes music lessons from Lisa, Sideshow Mel, Jeffery Albertson and Professor Frink, but chooses Zhenya, a Russian piano teacher whom Bart quickly develops a crush on. Bart later starts to perform better (with the help of a CD). Zhenya explains the actual reason for teaching piano: her father wants to learn how to drive. Bart feels neglected soon after, and at a recital, he explains to Marge that he was faking playing piano the whole time.

Marge is displeased at Bart until she learns that Zhenya's father obtained his driver's license by bribing Patty and Selma (though has a bigger reaction when he tells her that Russian Dressing is just thousand island). Zhenya's father convinces Marge to forgive Bart, and she does.

Later that night, Homer explains to Marge that he lost his last two hairs. She comforts him, and his hairs grow back.

The Fabulous Faker Boy Promo 2.jpg
Add a photo to this gallery
¨ 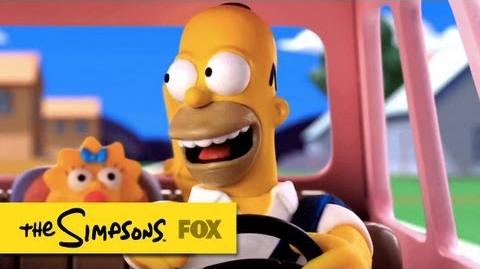 Retrieved from "https://simpsons.fandom.com/wiki/The_Fabulous_Faker_Boy?oldid=758414"
Community content is available under CC-BY-SA unless otherwise noted.