The Saga of Carl

"The Saga of Carl" is the twenty first episode of Season 24 that aired on May 19, 2013, alongside "Dangers on a Train" in a one hour season finale.

Homer, Moe, Lenny and Carl win the Springfield Lottery, but when Carl takes off to Iceland – his homeland – with all the winnings, the buddies embark on a Nordic adventure to obtain the cash.

Bart and Lisa become addicted to Ki-Ya Karate Monsters, a new animated show that features monsters and mythical creatures who are karate warriors. Marge becomes annoyed at their focus on this game and insists they go to a museum, only to find the main attraction there is The Science of Ki-Ya Karate Monsters. At another exhibit on probability, Homer becomes fascinated by an educational video featuring French philosopher Blaise Pascal that discusses the odds of winning the lottery. That week, Homer, Lenny, Carl and Moe's weekly lottery ticket wins them a total of $200,000 which they agree to share four ways. Carl goes to cash in the ticket while the others prepare for a celebration party that night. When he does not show up, the others realize that he has fled with all the money.

After some genealogy research assisted by Lisa, Homer discovers that Carl fled to his home country of Iceland. Carl's Icelandic heritage was first alluded to in the Season 14 episode "'Scuse Me While I Miss the Sky". Homer, Lenny and Moe fly out to Reykjavik to track him down and claim their rightful share of the money. They learn on the plane that Iceland is actually green and Greenland is icy (the Vikings switch the names to trick everyone), but when they arrive Moe shouts out loud "hey Vikings its still pretty damn cold"(it's snowing in Iceland when it's summer). They arrive and meet a man who tells them about the Carlsons' shameful family history, detailed in an Icelandic saga. The ancient text depicts them as cowards who allowed barbarian invaders into the country to cause massive death and destruction over a thousand years ago. When they track down Carl at the Carlson family home, they learn that the reason he travelled to Iceland was to clear his family name by buying a lost page from the sagas that he believes will reveal that the Carlsons were actually brave warriors. He also says that he did not tell them this because he does not consider them real friends.

Angered by this, Homer, Moe and Lenny take the missing page from him. At first they want to destroy it, but a Skype call from Marge makes them have second thoughts about their feelings for him. They learn to read Icelandic, and discover from the page that the Carlson ancestors were actually even more cowardly and treacherous than was previously thought.

Gathering the Icelandic people in a public square, the guys explain to them the good deeds that Carl has done for them over the years; he once helped Lenny move house, helped Moe to paint his windows and always leaves leftover beers in Homer's fridge. Impressed by his good qualities and "many small kindnesses", the Icelandic people officially forgive the Carlson family and their reputation is cleared. Touched by their efforts, Carl apologizes and reconciles with his old friends.

Back in Springfield, Carl thanks his friends for having taught them the true values of friendship. Homer, who had planned to put in a fancy swimming pool with his $50,000 share of the lottery money, partners instead with Moe, Lenny and Carl to create mini-pools made out of beer kegs that everyone enjoys except for Homer himself, once he gets stuck in his new Duff-pool. 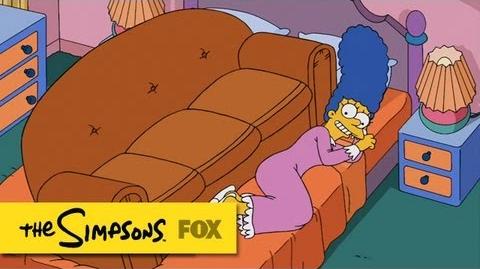 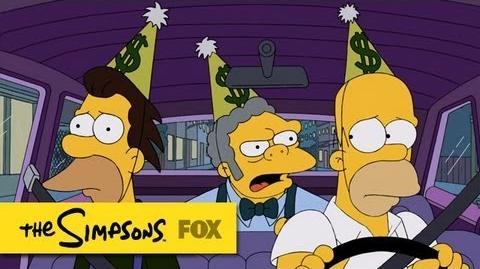 Retrieved from "https://simpsons.fandom.com/wiki/The_Saga_of_Carl?oldid=746230"
Community content is available under CC-BY-SA unless otherwise noted.