For the continuing series of Halloween specials, see Treehouse of Horror series.

“All pumpkins are racist. The difference is that I admit it.”
―The Grand Pumpkin[src]

In the opening scene, Homer tries to vote for Barack Obama in the presidential election, but the voting machine is rigged to turn his vote into one for John McCain, and after six attempts to vote for Obama, Homer then rumbles the machine for not letting him vote Obama and is killed after getting sucked into and out of it. Homer's corpse is then ejected and Jasper places an 'I Voted' sticker on his head.

In the opening scene, Homer tries to vote for Democratic Senator Barack Obama in the 2008 American presidential election. However, the voting machine is rigged to turn his vote into one for Republican Senator John McCain. After six attempts to vote, Homer heads out to report the mishap ("This machine is rigged! Must tell President McCain!") but the machine sucks him in and kills him, then shoots out his corpse out of the voting booth. Jasper sticks a "I Voted" patriotic-themed sticker on Homer's forehead.

In a parody of Transformers, it is Christmas, and Bart has bought gifts for everyone except for Lisa. He enters You Forgot-Me-Nots in hopes of finding a cheap gift for Lisa. Upon entering the store, Bart goes through a box entitled "Only 99 cents" and looks through the various toys and novelty items and subsequently gives up. Behind him a red cab-over semi-truck (reminiscent of the original Optimus Prime) appears, blinking its lights at Bart in an attempt to gain his attention. He dismisses the toy, stating that "Girls don't truck, come back when you're something else!" The truck rolls back and transforms into a pink convertible Ferrari. The car beeps and calls Bart's attention. Bart turns around and exclaims "Perfect!".

On Christmas morning, Bart gives the pink convertible to Lisa, which she proudly enjoys. Meanwhile, the convertible transforms and emits a laser beam to burn the angel on top of the Christmas tree, Maggie drops her pacifier as it turns back into a car. Maggie points at the toy to alert Lisa, but she doesn't buy it. That night, the transformer shoots four beams at an alarm clock, a lamp, a boom-box and another off-screen. The convertible transformer calls the "Posibots" to transform: Alarm Clock "Snooze", Lamp "Three-Way", Boom-Box "Melody," and "Sex Toy," who was arrived late because of business with Homer and Marge. The next morning, all the machines in the kitchen have been converted into transformers and transform while Homer reads the newspaper. He then notices something "different" to which the transformers unanimously state "no".

Outside, Homer enters his car and backs out of the driveway, but then the car transforms with his head sticking out the back (resembling Optimus Prime in color and design). Another robot comes (which resembles the original Megatron) with Ned Flanders in its posterior and both robots proceed to fight. All over Springfield, machines transform into robots. In the center of town, "Carnage Destructicus" and "Bestimus Muchos" prepare for a final battle. Marge interrupts asking for the fighting to end. The Transformers realize they have no reason to fight in the first place and thus team up to enslave Humanity. Characters such as The Simpsons, Apu Nahasapeemapetilon, Manjula, Seymour Skinner, Janey Powell, Gerald Samson, Milhouse Van Houten, Lenny Leonard, Carl Carlson, Moe Szyslak, Edna Krabappel, Groundskeeper Willie, Barney Gumble, Sideshow Mel, Ned Flanders and his boys are then seen tied to poles as players of a Foosball game, which Homer suggested the Transformers might enjoy.

How to Get Ahead in Dead-Vertising

In an opening parody of period drama television series Mad Men, Homer and Marge arrive at a daycare center to drop off Maggie, but Maggie is upset by her parents leaving. Homer turns her attention to a mural with Krusty's face on it. However, the real Krusty defaces sections of the mural, as it is an unlicensed use of his image. This makes Maggie feel glum. Having become offended, Homer pushes Krusty into a swing which swings him into a merry-go-round that spins him onto a pony, then a trampoline, then into a wood chipper, killing Krusty. Later on, Homer is approached by businessmen who heard of his deed. Apparently, the likeness of dead celebrities can be put in commercials for free, since they refuse to sponsor certain products while alive. They manage to convince Homer to start killing celebrities such as George Clooney, Prince, and Neil Armstrong. Meanwhile, back in Heaven, the dead celebrities (including John Lennon) are outraged by these exploits. Krusty convinces the dead celebrities except for Abraham Lincoln (who for some reason likes his exploit about him and George Washington kissing each other at a wedding commercial for a marathon although this outrages Washington) to descend from Heaven and stage an attack upon everyone who benefited from these exploits.

The dead celebrities start killing people at the party and shoot Chief Wiggum. Krusty is just about to kill Homer when Homer asks, "What is the one true religion?" to which Krusty replies, "It's a mix of Voodoo and Methodist." and blows Homer's head off with a shotgun, killing him. When they return to Heaven, they find that Homer had locked them outside for revenge, and he becomes very good friends with Abraham Lincoln.

It's the Grand Pumpkin, Milhouse

In a parody of It's the Great Pumpkin, Charlie Brown, Milhouse is waiting in the pumpkin patch for the Grand Pumpkin on Halloween, and Lisa accompanies him because (as she puts it) his glasses fog up when he cries, which he would probably do to learn that the Grand Pumpkin doesn't exist. Soon Lisa leaves in frustration when she sees everyone at school having a Halloween party. By using his childlike belief, Milhouse's tears bring the Grand Pumpkin to life. However, Milhouse offers the Grand Pumpkin pumpkin bread, and when he reveals that the bread is made from pumpkins, the Grand Pumpkin is angered. He is further appalled to find that his kindred pumpkins are being carved up on Halloween and used for food, and vows revenge by eating several people whole, including Homer, Groundskeeper Willie, and Nelson (who threatens to cut a yellow pumpkin) and later kills Principal Skinner. Realizing that Milhouse can bring things to life by believing in them, Lisa tells him about "Tom Turkey", a symbol of Thanksgiving, who comes to life and kills the Grand Pumpkin, freeing everyone he ate. However, when Tom Turkey learns of what people do to turkeys on Thanksgiving, he vows revenge and begins eating some of the children as well. The scene then cuts to Marge, who tells the audience that they can send complaints to the following address and wishes everyone Happy Holidays.

In "It's the Grand Pumpkin, Milhouse", the characters were redesigned to resemble the style of Peanuts, and they also obtained rights to use Vince Guaraldi's music. Also, Bart uses Charlie Brown's catchphrase "Good grief" and is wearing his clothes. "Untitled Robot Parody" is modeled on the live action film, rather than the cartoon. Al Jean said it was "just really fun to do transformations [and] you can see why they enjoyed doing that film." "How to Get Ahead in Dead-Vertising" featured a parody of the title sequence of Mad Men. Jean was a fan of the show.

Rick Bentley, of the Seattle Times, described "Treehouse of Horror XIX" as a "paint-by-numbers episode." Robert Canning of IGN gave the episode a 7.9/10, calling it "funny, entertaining and even nostalgic [which] only makes this yearly tradition that much better."

"It's the Grand Pumpkin, Milhouse" was regarded by reviewers as the best segment in the episode. Canning wrote, "this segment may not be all that gory, but it's funny and, quite honestly, it will just make you feel good." Bentley described it as "a dead-on comedy assault of the Charlie Brown animated Halloween special." Rob Owen concurred, writing that it, "succeeds because it offers sly cultural commentary." Showpatrol wrote "The nostalgia factor makes “Grand Pumpkin” the best of these amusing bits for me, but they all lack that trademark “Simpsons” brand of satirical smartness."

The episode was Rated TV-14-DSLV (it was DSLV back then nerds) upon release, On Disney+ however the episode has been Re-Rated to TV-PG-DLSV.

The scene where Prince is killed in "How To Get Ahead in Dead-Vertising" has now been edited out in the syndicated episode on FXX, due to his real-life death from opioid abuse. 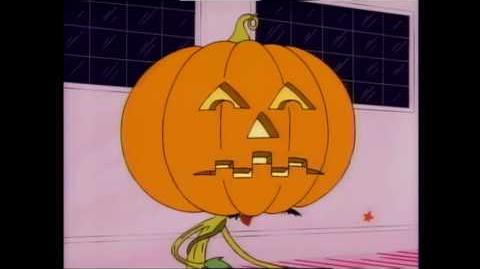 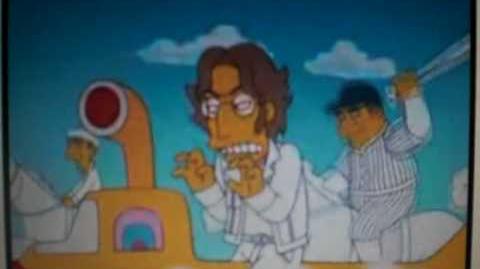 John Lennon On The Simpsons 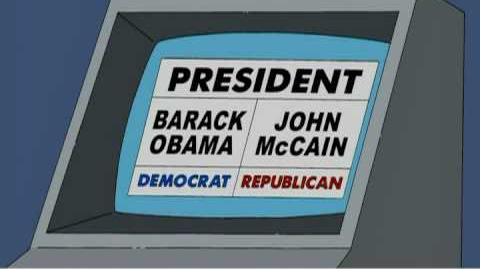