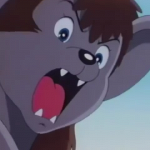 Hi there, Thelonious here. I'm always lurking in the shadows and you'll never know where I will post or what I will do.

My favorite episode of the Simpsons is Marge on the Lam, due to the parody of the movie Thelma and Louise. Also because of the role that Ruth Powers played in that episode.

It's too bad Ruth's role in the show wasn't substantial compared to others. As for other favorite characters, Bart and Lisa come to mind. They are probably the best "enemies" in the show, but despite being at each other's throats for almost 25 years, they still care about each other.

Maggie is probably the most unique of the main characters, as she always has something up her sleeves if you know what I mean.

Marge, she tries hard to change the town and the world. She has good intentions, but there are times that isn't always the case. Despite that she is a good parent who worries too much, not that it's a bad thing.

Retrieved from "https://simpsons.fandom.com/wiki/User:DJ_MC_CJ?oldid=820376"
Community content is available under CC-BY-SA unless otherwise noted.