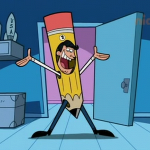 I I have been a Simpsons fan and have really gotten into it at around 1999. One of the first games I had on the Xbox was The Simpsons Road Rage and I remember feeling an errie sense of nostalgica each time I play that game. Whether it is the girls in 7th grade quoting the game or is it locations in the game, I feel for it. I imagine Springfield being set up as The Simpsons Road Rage.

Like a bunch of fans, I discredit the "new" Simpsons. It just aint the same anymo.

Retrieved from "https://simpsons.fandom.com/wiki/User:Heyfunboy?oldid=855650"
Community content is available under CC-BY-SA unless otherwise noted.