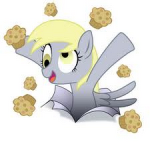 I love the Simpsons, it's so cool! Matt Groening is so clever. I also have Simpsons World: The Ultimate Episode Guide!!! Feel free to add me on Tapped Out at littledog169.

The Simpsons alphabet!!!
Add a photo to this gallery

Principal Skinner's prisoner number in Vietnam was 24601? That same prisoner number was Hank Jennings' in Twin Peaks (1990) and Jean Valjean's in Les Misérables (1911). Sideshow Bob also shared this prisoner number. It is shown while he is corresponding with Selma while in prison. "Dear inmate #24601..."

Retrieved from "https://simpsons.fandom.com/wiki/User:Littledog169?oldid=586547"
Community content is available under CC-BY-SA unless otherwise noted.