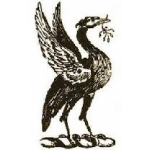 aka Fan of games

Hi I am Nkershaw, I started watching The Simpsons in 2001, when I was around 9. When I edit, it's not for badges or a leaderboard, it's just to clean pages.

The Way We Weren't

New Kids On The Blecch

"Time to brush your teeth, wash your face and say your prayers!" Ms. Botz in Some Enchanted Evening.

"Where did you get this, you shrunken old hag?!" Jewish Old Man in Natural Born Kissers.

"Then call me Mrs. Scum." Selma in Black Widower.

"Lesbian? This isn't my army reunion." Hans Moleman in Three Gays of the Condo.

"I'll be fine. As soon as I hold your dying pet in my arms and feel it's wagging tail go stiff!" Mr. Burns in To Cur With Love.

"Typical Ralph nonsense!" Lisa in What to Expect When Bart's Expecting.

"Her luggage is prescribed "H.R.H", which must mean that her real name is Henrietta R. Hippo!" Homer in The Regina Monologues

"Over 200 channels, and nothing but cats!" Jasper in Wild Barts Can't Be Broken.

"I've never let go of my fax machine. Don't ask me way. I like the sound of a fax coming through. Especially if it is a nice deli menu. I miss eating." Krusty inHolidays of Future Passed.

"When I first heard of the operation, I was aganist it until I thought if Homer wants to be a woman, so be it. Barney in Homer's Triple Bypass.

"Stupid mailman squeal on me!" Bart in Lisa's First Word.

"I am the Lizard Queen!" Lisa in Selma's Choice.

"Bart, do you wanna see my new chainsaw and hockey mask?!" Homer in Cape Feare.

"Falcon to Eagle, have located bag of crap!" Nelson in Skinner's Sense of Snow.

"NOOOO! Now you listen to me! I don't like you! I've never liked you! And the only why I gave you that stupid Valentine was because nobody else would!" Lisa in I Love Lisa.

"I drank blue juice from under the sink!" Ralph in The Simpsons Game

Is Homer immortal or something?!

I have noticed in a few episodes that Homer has done some things that could kill you in real life! But, like what Lisa once said, "Cartoons don't have to make sense,"

Here is a list of a few things that Homer did which could kill you.

You see? Homer is probably immortal!

Retrieved from "https://simpsons.fandom.com/wiki/User:Nkershaw?oldid=648177"
Community content is available under CC-BY-SA unless otherwise noted.