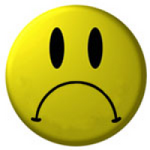 Hi, if you're looking for assistance, you can leave a message on My talk page.

Some screenshots of the site

These my Favorite Simpsons Quotes of all the episodes.

"It's a Free Country"

After a User complaining that his edits were reverted and using the term "It's a Free Country", I went through some episodes and found Simpsons Quotes centered around this.

Retrieved from "https://simpsons.fandom.com/wiki/User:Smiley12-fduser?oldid=159176"
Community content is available under CC-BY-SA unless otherwise noted.