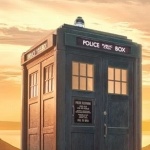 After 2 months, 3 weeks and 4 days, I have finally print screened all the images, I shall be editing it after all my currently print screened images are put on the wiki. ♫Mr Badger Lol♫ 18:25, August 24, 2013 (UTC)

Galleries and their "Acts"

From now on, I'll just do an act for a gallery, then go on to the next gallery and have a, sort of, carousel of 5 for the galleries.

I'm ToyStoryFan123. 'Sup? I'm still in high school, but edit on wikis in my free time. I try to make an edit a day, but it's a little hard (giggity) with homework and all. My main ambitions for this wiki are to make full clean articles, make galleries of episode and have fun :D I have a lot of other interests, for example, on the weekends I play the Hobbit: Strategy Battle Game, on weekday afternoons I go around town wiz mah friends.

For the time being I will be working on the gallery of The Simpsons Movie, possibly alongside DC MC CJ. I will have to wait for him to get back to me. Which means I have left Homer and Lisa Exchange Cross Words/Gallery on hold for a while.

This was by far, one of the funniest couch gags I've seen in my history of 'The Simpsons', despite it not being a legitimate couch gag. I'm not sure if it makes me sick in the mind or not, but seeing the family unintentionally killing each other was hilarious. I'm glad they revisited Maggie and Marge running into Homer in the new HD opening, and that in this case he survived and literally went straight through the door, leaving a Homer-Shaped Hole.

I liked this because it features Snake, whom I believe, isn't used much and that he and Homer merged causing the latter to murder two of his friends and attempt to kill his son (I didn't like it because of this, I liked it for the reason it was 'Halloweeny' as it were). My fourth favourite character (Chief Wiggum) appeared in this, and he said one of my favourite lines in Season 10: "Homer Simpson you are under arrest for the murders of Moe Szyslak and Apu Nahasa-pasa... Nah, just Moe, just Moe.". It had a, sort of, heart-warming ending with Homer and Bart saying they love each other.

I like Itchy & Scratchy, so I'm glad they based a ToH segment from them, I thought it ironic to see Scratchy bent on murder with Itchy, but hilarious all the same. I liked seeing Poochie again,since he's 'funny because he's not funny' and the mock of 'hipsters'. The ending was nice, because Itchy and Scratchy got a new home... with a slight drawback: Itchy is stuck on a hamster-wheel and Scratchy has to be neutered.

This, in my opinion was the least horror themed segment, but had Kang and Kodos in, so that was a nice touch. It revealed Maggie's dark past, being the daughter of an alien and Marge, Homer and Kang going on a talk-show and ending up attacking each other, including Jerry Springer. Then there's Maggie losing her 'baby legs' ,speaking like a guy and asking to drive.

I liked this, because it was a 'Maggie' based episode, it showed the sense of greed in the family, but they then realised their daughter's love for the bear was more important than their own selfish desires. The Springfield Mob realised that a small girl's happiness couldn't amount to a Television programme. It had a very heartwarming ending, which I feel they don't have enough of in cartoons nowadays, Maggie gave Mr Burns his cherished childhood teddy bear back, not caring for a reward, only that it made Mr Burns happy, and in the end, isn't that the most important thing?

3. Four Great Women and a Manicure

Marge and Lisa never have a chance to be 'girly' so this made a change to the series, (I say this as a guy) it had nice cameos of the Blue-haired Lawyer and Homer in between segments. It revealed something I didn't need to know about the BHL. 'shudder' But anyway, onto the segments!

This was surprisingly quite a learning experience for me, it taught me about the Spanish Armada whilst humouring me. Many humourous features was that an idiot such as Ralph could become King of Austria and that Julio, of Spain. That's kind of it for this segment. Not quite sure how to round it off.

Snow White and the Seven Dwarves

As the BHL said, this plot was very similar to the Disney 'Snow White' particularly the 'Ho Hi' song(s) and the -y suffixes on the Dwarves' names, except Doc-Tor Hibbert, who was based off Doc. I felt this was a nice Simpson-ish adaption to the original story, and Tress MacNeille played the Evil Queen very well and the ending was awesome. The Evil Queen forcing Snow to eat the apple, the Dwarves just happening to come in and her being eaten by herbivorous animals, then came the "twist", Snow didn't get given the Kiss of Life, but was revived by a female doctor.

This story had Marge as a villain, and I must say, I believe the producers were planning this since 2006, in the Season 9 DVD, Yeardly Smith wanted Marge to go on a killing spree and, even though it wasn't her per se killing the characters, she was forcing Homer to. And Homer wanted to do the honest thing and learn his lines. I liked this segment because they were behaving bizarrely out of character.

I'll be honest with you. I didn't really like this segment. Not because it had unfunny lines and Maggie speaking (both of which I found awesome), but because it was obviously a time-filler. However, there was a funny scene t'wards the end with a poster saying "Homer Simpson Stars As Macbeth". An obvious call-back to the previous segment.

In all, I found this a great episode, funny wrap-a-rounds, awesome retellings of stories and history stuff. I'd rate this 8/10 :)

What can I say? I've been a fan of Bart since I first started watching the show. Everything about Bart is great, except that he's not really considerate towards Lisa in certain episodes. Bart episodes, or episodes where Bart is a key character are ususally really funny, especially Sideshow Bob episodes. However, as time goes on, he becomes more predictable with his pranks, not that that makes him a bad character or anything, just that he's less funny than mid-series.

Yeah... I know I said I like Bart, but that doesn't mean I can't like Bob either, I'm aware that he tried to kill Bart on several occaisions, but he is really funny and I like villains in a cartoon TV series, not so much movies. Anyway, I digest, Bob is like The Giant Chicken (for the violence and humour), That pig from that Russian revolution parody and Rodney Dangerfield (for the humour)

(I live in England, so you Yanks get the episodes first :P)

Retrieved from "https://simpsons.fandom.com/wiki/User:ToyStoryFan123?oldid=823998"
Community content is available under CC-BY-SA unless otherwise noted.