I will not call my teacher "Prancer" and "Vixen".

Barney and his reindeer.

White Christmas Blues is the eighth episode of Season 25.

After the power plant's nuclear emissions mix with air particulates from the tire fire, which causes snow to fall, Springfield becomes a tourist hotspot as the only town in America with snow for Christmas this year. Marge opens the house to the boarders, once Christmas shopping prices began to increase.

In the B-Plot Lisa gets her family cheap but thoughtful gifts. However is brought to tears when they all hate their gifts. Later that night she observes Bart burning the book she got him. When she is outraged at him burning a book he counters by saying she knew he hated books. She only got presents she would feel good about herself for buying them rather than getting them gifts they would actually want. Lisa realizes Bart is right and meets him half way by buying him a tablet, preloaded with e-books and apps.

Homer places the Christmas decorations up before he takes down the Halloween decorations. Marge scolds Homer as he hangs a skeleton with a Santa Claus beard. Meanwhile, Lisa and Bart lounge on the couch. Obviously bored, the Simpson kids are glued to the television as Kent Brockman announces the plague of global warming in front of a “Sleetless in Seattle” headline. Two weeks before Christmas, a heatwave strikes Springfield as Marge places away the hats and mittens because of the warmth. When Homer goes to the backyard, he discovers that his hammock is filled with snow. Soon the kids find out that snow has fallen upon them finally. In the town center, Professor Frink tries to explain the origin of the snow, while Mayor Quimby calls the town a tourist attraction for its snow. The town denizens are in the Christmas spirit with Mrs. Muntz on the stripper pole, Moe's Tavern turning into Santa's workshop, kids making snow angels. When Marge goes to the Kwik-E-Mart, she's overwhelmed with the parking and the shopping. Everywhere she goes, Marge is reminded of how she can't afford Christmas. She feels like a failure.

While Bart and Homer take to their impromptu hotel management roles, Marge gets increasingly annoyed by the tourist requests and becomes short-tempered towards them. Her Christmas issues find a parallel in Lisa's plan to buy her family gifts that all have more to do with feeling good about herself than buying the presents they will actually like; her choice of a present for Bart, a book, leads him to confront her with this and she admits it is true. She later sells the gift Bart got her and gets him a tablet, preloaded with e-books as well as games/apps. As a thank you, and because she had to sell the gift he initially gave her, Bart gives her the money he made working as a bellboy while housing the tourists, telling Lisa to donate it to whatever cause she wants. Marge is surprised when the tourists seem to be confronting her before leaving but sing a song of Christmas spirit and thanks. While she is touched by the gesture and wishes them safe travels, she remains ill at ease to the end with Christmas music, as she only prefers hearing the first verse of Christmas carols. 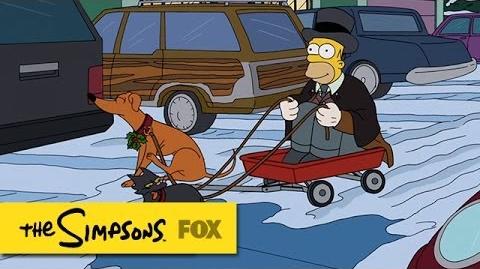 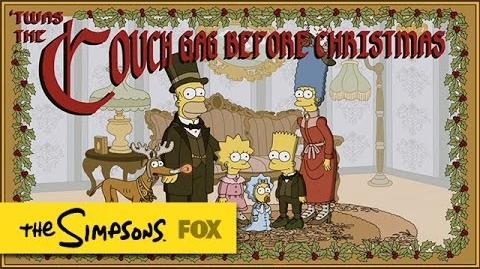 Retrieved from "https://simpsons.fandom.com/wiki/White_Christmas_Blues?oldid=931762"
Community content is available under CC-BY-SA unless otherwise noted.